Dr. Kedar Ranjan Banerjee, the Hony Secretary started campaign for detoxification even during his study for Medical degrees. He started in the Busteen at Sova Bazar of North Calcutta and even in a room at the Nimtala Burning ghat where he earmarked few of the drug addicts and started working with them. His effort has now diversified into multifaceted activities on mental health that has given birth to NIBS. His vow was to bring them back to the main stream of the society. In fact, this was first mission as Doctor. 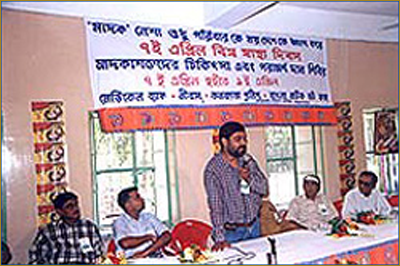 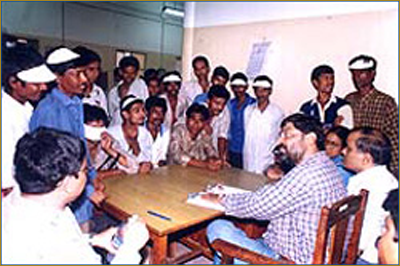 After has had completed his Medical degree and Post Graduation in Psychiatry, he never let the thought go away from his mind to do something for this drug addict class of the society while practicing on Psychiatry. NIBS has already conducted a good number of such camps over the years. The camps are generally conducted in a natural settings such as garden houses and situated on the outskirts of the city. Drug dependent patients are attended by psychiatrists, psychologists and mental health workers.
The camps are organized to ensure discipline without regimentation, as in adventure camps for young people. Even after the patients completes their terms in the camps, they are kept under constant surveillance for six months in the community with back up services from the Out Patient Department of NIBS to ensure that they have completely been detoxified. 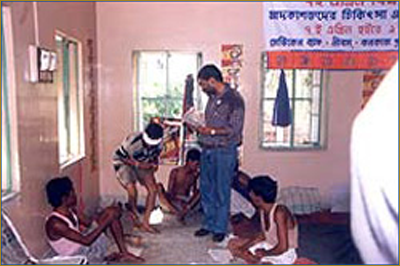